In the annual specials, the game takes place on a map of Ancient Europe divided into 87 regions. The powers of regions were shuffled in 2022 Glory of Sparta. Below you can see the new position of the powers: 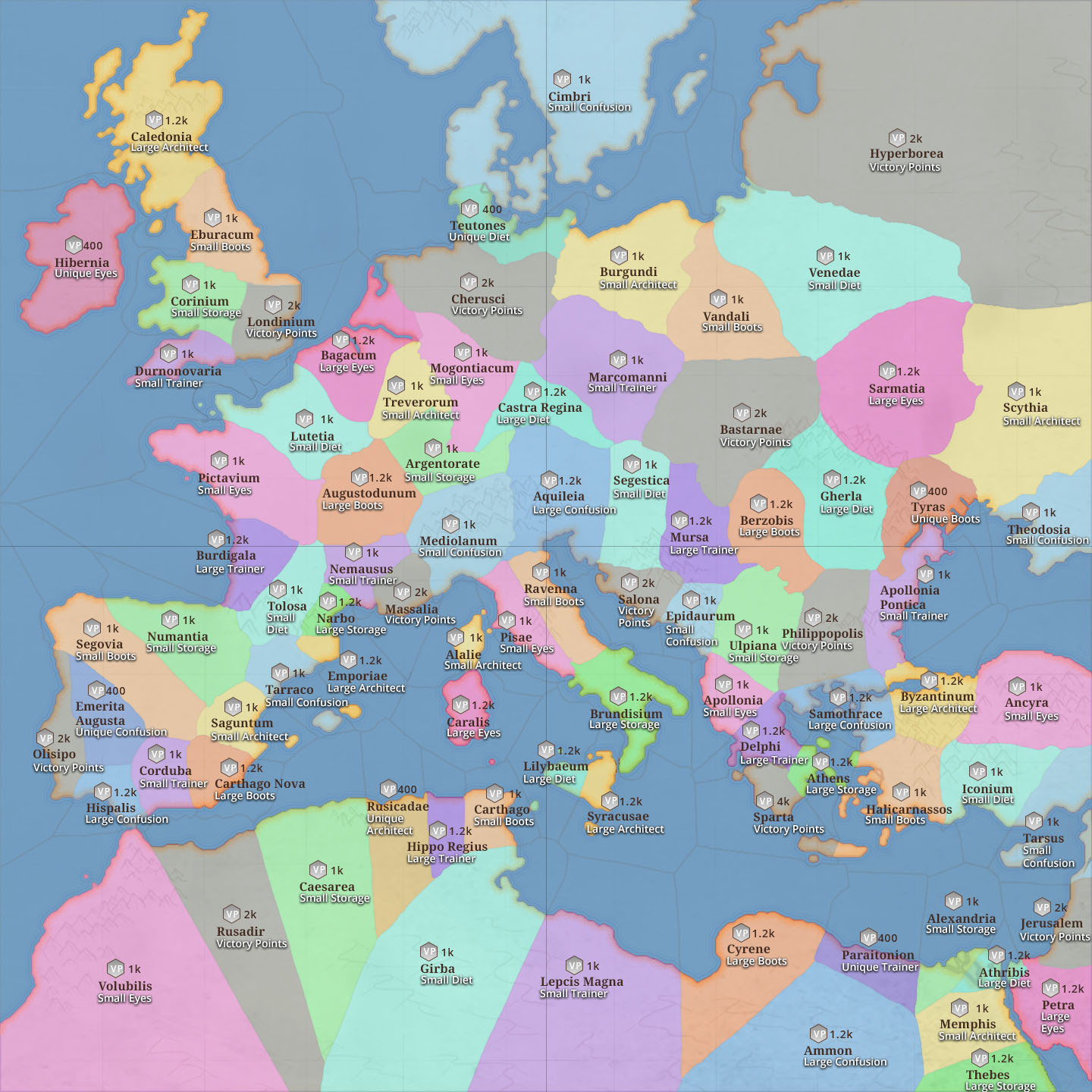 The effects of ancient powers are the same as artefacts on gameworlds with Wonder of the World, however Annual Special servers do not have an artefact of the fool (random) power.