Merging troops is a specials server feature available since 2017 special, Fire and Sand. It allows you to combine troops from different villages into one large army, but it comes with a cost in resources or Gold. Troops that are merged are subsequently treated exactly as if they were trained in their new home village; this includes the upgrades in the Smithy.

How to merge troops 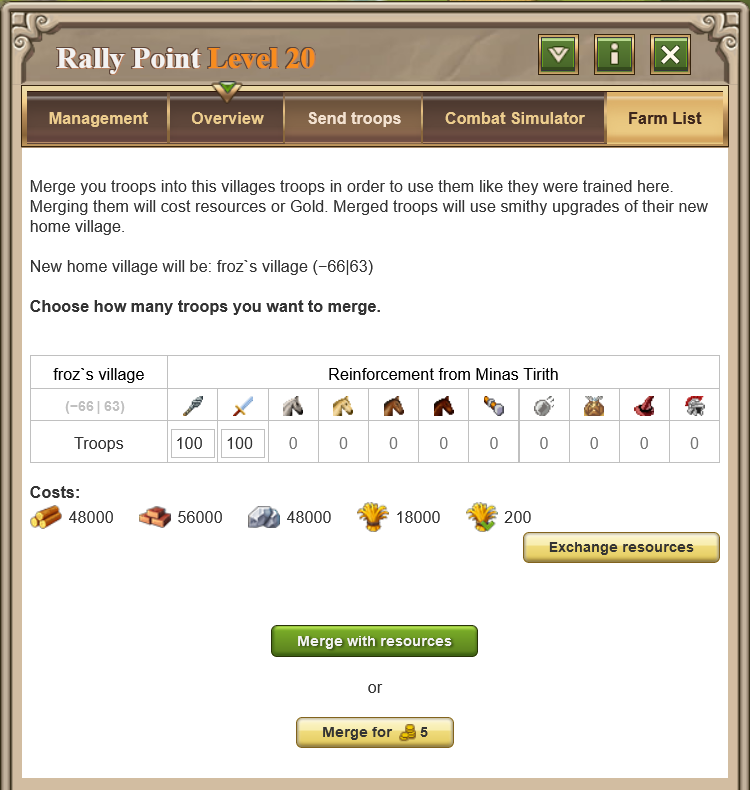 The merging costs depend on the army that is being merged. The costs are equal to twice the cost of recruiting that army. You can use Gold instead; the cost is calculated by dividing the resource costs by 40,000 and rounding the result up.