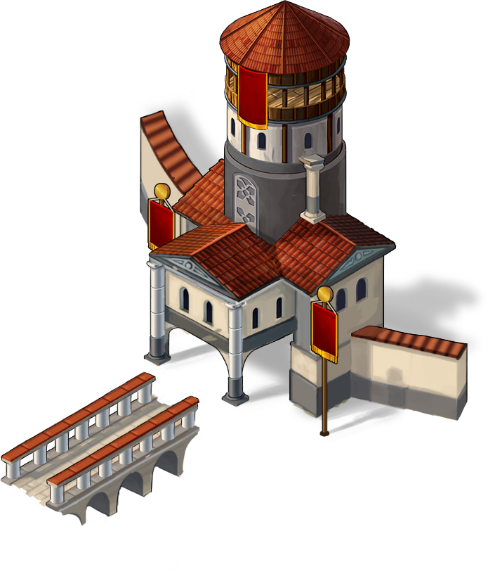 Prerequisites: Any type of wall, can only be built in cities (available only in Annual Specials)

Watchtowers are an improvement of walls. They provide a defensive bonus for defenders, similar to walls. They can only be built in cities.

You can upgrade watchtowers up to level 20, regardless of the level of walls.

Each level of watchtowers adds additional 1% of defense bonus to all units defending the city. This is a flat bonus added separately from the wall bonus. This means that for example on level 10 it increases defensive units strength by exactly 10%.

This effect was changed compared to Tides of Conquest

In the Tides of Conquest, 2021 Annual Special, watchtowers worked differently. Instead of defense bonus, they were improving Rally Point's ability to see incoming troop types.

This effect doesn't exist anymore and was replaced with the defense bonus.

Watchtowers also increase the population of the city, without increasing its crop consumption, unlike regular buildings.