At the beginning of the game, oases are occupied by wild animals and are initially without any resources. Oases resource production does not start until all the animals that initially spawned on the oasis are removed – either through combat or capture. During the initial game phase, the oases will spawn nature troops only once. If you kill all the animals, the oasis will be free of troops until the end of the server's beginner protection period (at the start, depending on the server speed - without extension). After this moment, nature troops can spawn again in the oasis.

The animals in an oasis multiply slowly. The fewer there are, the faster they spawn. It should be possible to profit from an oasis by raiding it with a few hundred troops and a hero. You can see how many animals there are in an oasis without scouting through either mouseover or clicking on the oasis directly on the map.

Whenever a nature troop is killed, a certain bounty reward is added to the hero inventory, depending on the nature troop supply. This extra bounty will be clearly shown in the raid/attack report.

The hero does not need to take part in the battle. The reward is granted even if all attackers – including the hero – are killed.

There are two types of oasis per resource. Type 1 produces only one resource. The other type produces a resource and also crop.

When you have conquered an oasis, it gives a production bonus to the village from where you conquered it only!

The increase applies to the base production of the village and not the actual one.

You can conquer oases with your hero; when you attack the oasis repeatedly with the hero, the conquered oasis is added to the village from where the hero attacked.

Remember that an oasis has to be in the small map around the village (centre your village!) to be conquerable.

Another way to say it is that it has to be in a radius of 3 squares around your village. You need a hero's mansion level 10 for 1 oasis, level 15 for a second oasis and level 20 to conquer the third oasis. 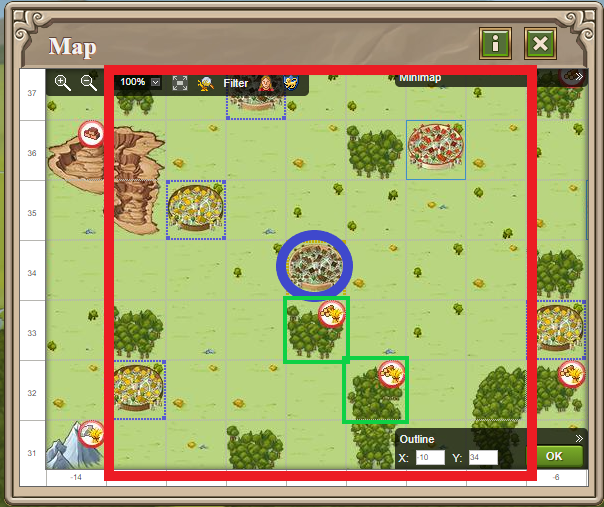 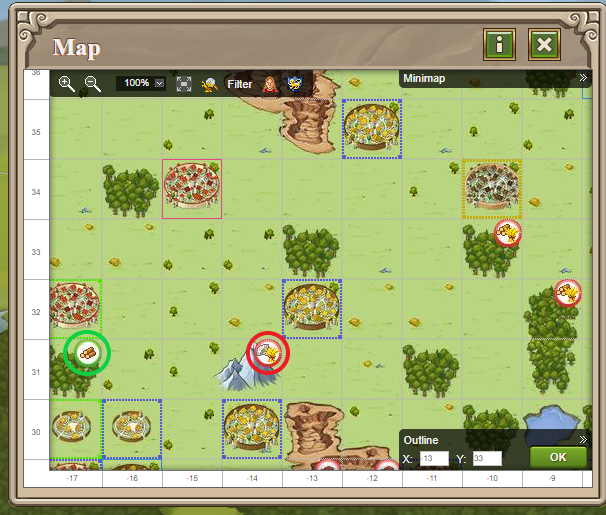 Unlike administrators, heroes do not vanish after annexing an oasis after conquering villages.

In order to defend an oasis against raids, you can reinforce it with troops which can be sent back via the Rally Point of the owning village and are fed by this village.

The loyalty of oasis increases by 1% every 30 minutes, and cant be influenced by a player. If you conquer the oasis from another player, it immediately returns to 100% loyalty.

If you own an oasis and want to release it, you do so by pressing the red cross to the left of the oasis description, This will start a count down timer before the oasis is released.

Please Note: You may need to scroll down the page to find the abandoned oasis section in the hero's mansion.

It takes about 2 hours to release the oasis at speed 3x and 6 hours at 1x.

If your village is conquered the oasis are released and would need to be retaken, even if you conquer your own village. 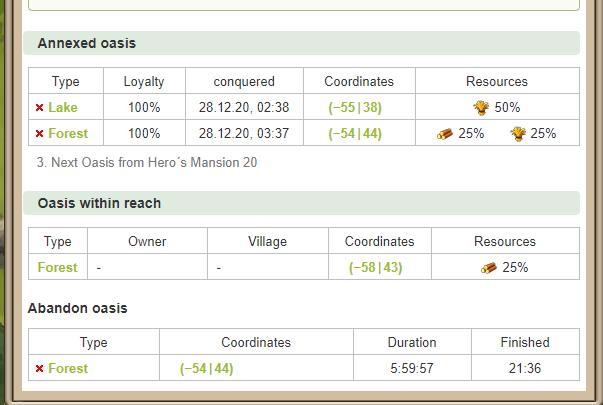