In the annual specials, the game takes place on a map of Ancient Europe divided into 87 regions. In 2021 special, Tides of Conquest, Victory Points are stored in villages and can be gained or lost.

Each of 87 independent regions can be controlled by an alliance, giving its villages in the region Victory Points over time. In addition, the alliance members can use the ancient power (artefact) of the region.

So, how can you take over a region? First, it has to be unlocked. This happens once the top 5 biggest alliances in the region have at least 4,000 population altogether in the region. The population of other alliances, players without an alliance, on vacation or banned, as well as Natar villages, is not taken into account. Once the region is unlocked, it cannot be locked again; however, if the population drops below 4k, then the region stops producing victory points, and the regional power will deactivate.

If one alliance manage to have over 50% of the population in the region (only the top 5 alliance villages in the region are counted), the alliance will start taking control of the region. This takes 24 hours on regular servers, 16 hours on x2 and 12 on x3 speed. If they manage to hold the majority, they will control the region.

The alliance controlling region gets access to the ancient power of the region if it has one. Any player of that alliance may activate the ancient power. In order to do it, the player needs to have a Treasury at level 10 (for small, village-related powers) or 20 (for account-related powers). You can activate the power in any village; it doesn't have to be located in the same region as the power.

You can activate one power in each village, but only one of the powers can be used for the whole account. Once activated, the power lasts for 24 hours (regardless of server speed); afterwards, it can be reactivated if the alliance still has access to the power. One activation is free each day; each additional activation costs 5 (for village powers) or 10 (for account powers) Gold.

The power can also be deactivated under the following circumstances:

Ancient powers, although very useful, are not the only benefit of controlling regions. If you want to win, your alliance needs to gather victory points. Every day an alliance controls a region, it earns victory points. The amount depends on the region:

The alliance that gathers the most victory points at the end of the game wins.

Since alliance VPs is the sum of its players VPs, when a player switches to another alliance, his old alliance loses all of his VPs and the new alliance gets 50% of them.

The region is still conquerable / unlocked/conquered/secured, the mechanics of conquering cooldowns is unaffected. The only change is that VP-production stops and the powers of that region are not visible in treasuries.

The region is unlocked but drops below 4000 population again 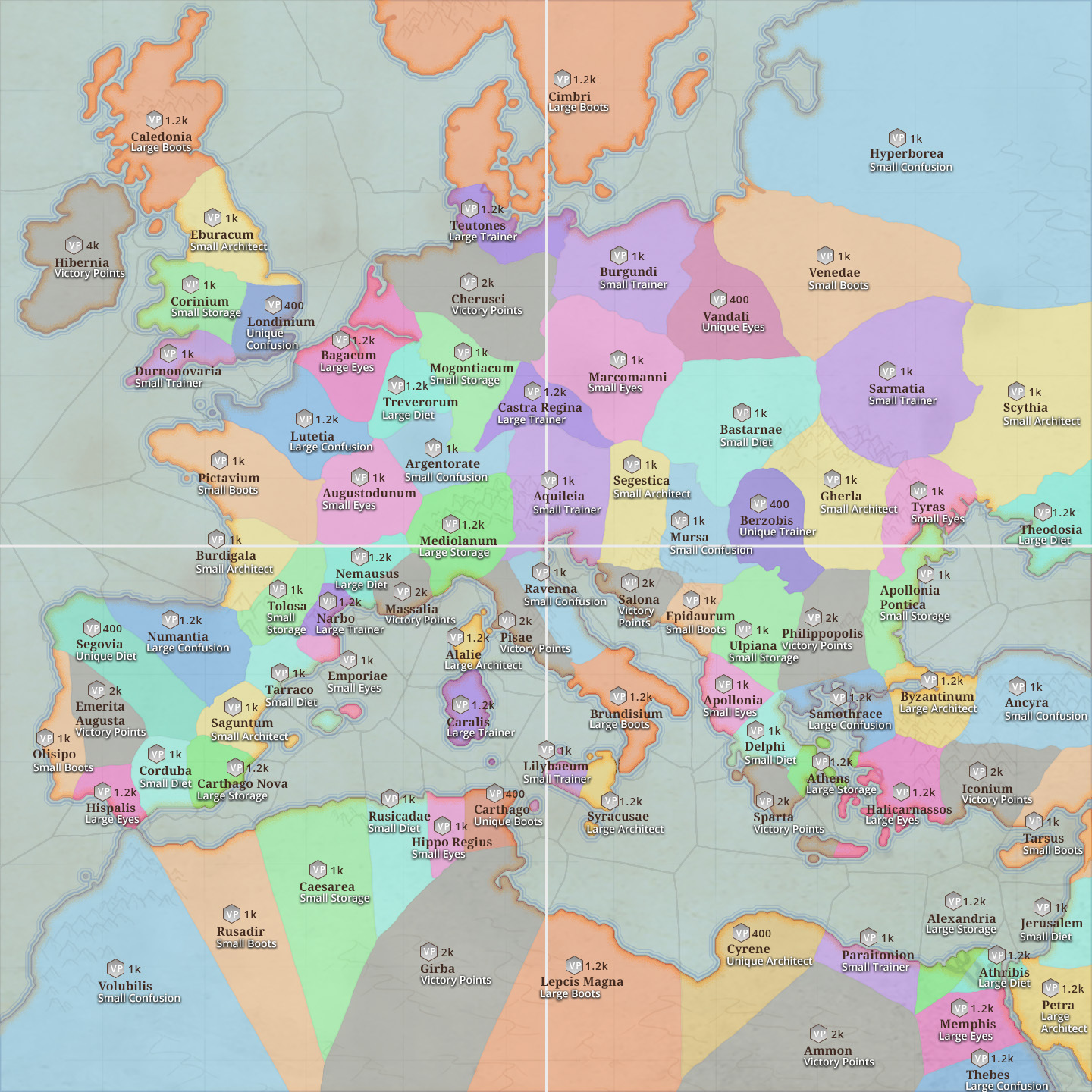 See the details about ancient powers in the artefact effects article. The effects are the same, however Annual Special servers do not have an artefact of the fool (random) power.